The Adventure Update was a major update to Minecraft focused on fighting, exploration, and adventuring, as well as other aspects. Its content was implemented in Beta 1.8 and Minecraft 1.0. It was announced on June 10, 2011 by Notch and was initially planned to be implemented in Beta 1.7.[1] An early version of the Adventure Update was playable by fans at Mojang's booth at PAX Prime 2011, which was held between August 26th and 28th.[2] Because of the size of the content, the first part of the update was pushed back to Beta 1.8, which became available on the 14th of September 2011 and the rest of the update being part of Minecraft 1.0, which was released on November 18, 2011. The Pre-Releases of Minecraft Beta 1.8 and 1.9 were leaked before their official releases, and Notch approved these leaks on his twitter.[3]

Leading up to the release of the Adventure Update, a trailer documenting some of its major features was released on Mojang's official YouTube channel on the 6th of September 2011. The trailer was made by Hat Films.

Because so many things were added and changed in Beta 1.8, it was criticized by many in the community.[6] One of the most criticized changes was the new terrain generation system. If the player loads a pre-Beta 1.8 world and explore new chunks, the world can become corrupted, causing large walls of land to generate where new and old chunks meet, and caves to abruptly stop and start.[7] This also meant that old seeds will not work.

Another criticized feature was the Hunger system, which, according to some players, makes the game more challenging because hunger goes down at a rate considered by some players to be too fast. Other criticism included non-hostile mobs running away when you hit them, making the collection of materials more difficult. Although saying that, other people think this makes the game more interesting, and Notch agreed that 'Cows would just stand there, looking at me as I mashed them over and over to get their precious loot' and it needed to be more fun.[8]

Some people also claimed that the game has become overly complicated, and that Minecraft is now more of a combat/survival game rather than the simple construction game of the earliest versions.

Conversely, others praised the features implemented and noted that they made the game more exciting and challenging. Many players approved the inclusion of a long awaited Creative Mode, a game mode that removed all survival aspects of Minecraft and allowed players to focus solely on building if they wished to do so. 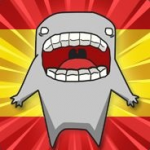